About the Comparative Celtic Lexicon 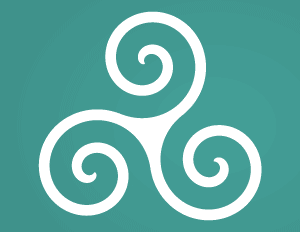 A Triskelion, modified from original.

Welcome to the Comparative Celtic Lexicon. The Comparative Celtic Lexicon is meant to serve as a resource for Celtic speakers, linguists, and anyone interested in the Celtic languages. Users can see and hear 288 cognates across the six modern Celtic languages: Irish, Welsh, Scottish, Breton, Manx, and Cornish. English and French equivalents are included alongside native orthography as well as pronunciation, in the form of International Phonetic Alphabet notation. Semantic domains were also incorporated into this site to allow users to search for broader categories (ex. birds) as well as individual items or concepts (ex. starling).

The words contained in the cognate sets appearing on this site were compiled by Rachel Carpenter during the course of her linguistics thesis research on Insular Celtic as the linguistic ancestor of the Brythonic and Goidelic languages (Mind Your P’s and Q’s: Revisiting the Insular Celtic hypothesis through working towards an original phonetic reconstruction of Insular Celtic - updated version available on http://brynmawr.academia.edu/RachelCarpenter/Papers). Audio recordings of cognates were collected from Celtic speakers during her two summers (2009, 2010) of field research in the United Kingdom, Ireland, and France, which were graciously funded by a Hanna Holborn Undergraduate Research grant as well as an Alumnae Regional Scholar award.